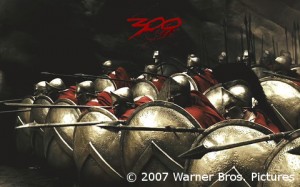 I recently came across an article written by a former Jehovah’s Witness where the author describes how the Watchtower Society uses a tactic known as the siege mentality to bond members closer together, demand extreme loyalty and devotion from its followers, and create an almost invincible barrier to opposition.  As I read the article, I could not ignore the similarities between what the author described in his experience with the Jehovah’s Witnesses, and the almost identical siege mentality that I observed when I was a member of the World Mission Society Church of God.  When I was a member of the WMSCOG, there seemed to a lot of “us vs them” speak.  Now, in any church or group, there will undoubtedly be some speech that could qualify as “us vs them”.  This is not the type of speech I am referring to.  The distinction I want to draw is that, in the WMSCOG, there seemed to be an overwhelming focus on the “them” in “us vs. them” or “outside evil forces”, to the point that everyone outside the group was basically considered to be misled by Satan.  This view seemed to be so dominant that I personally felt like I should avoid those outside the organization.

I even remember the focus on the movie 300.  After certain WMSCOG events, the pastor would instruct the crowd of members to chant like the soldiers did in the movie, before taking group pictures to send to the “heavenly mother” Zhang Gil Jah.  The pastor would even have the “brothers” and “sisters” compete against one another to see which group was the loudest.

Imagine a city under siege.  The enemy surrounds the city, determined to attack.  The inhabitants of the city join together in order to fight the enemy that unites them.  It is clear when reading WMSCOG material, that the common enemy is Satan.  Again, on the surface this might seem normal for a church, but the distinction I want to make is the intensity of the focus on the devil.  For example, the time spent focusing on the devil in WMSCOG Chief Pastor Joo Cheol Kim’s book entitled “My Sheep Listen To My Voice” is astounding.  On page 43 of “My Sheep Listen To My Voice”, Joo Cheol Kim specifically mentions Satan five times and refers to Satan as “he” an additional seven times.  That is a total of twelve times on one page.  Think about that for a second.  You might be saying to yourself “well, that’s probably a chapter on the devil”.  However, the book pretty much continues in this fashion for about 200 pages–across multiple chapters.  By the end, all you can think about is how Satan is trying to get you.  If you don’t believe me, try reading the book for yourself (though I don’t recommend it because of what it has to say).  According to Margaret Singer, pointing to Satan as the surrounding enemy is not uncommon in controversial religious groups.  She writes:

“…religious cults train members to regard outsiders, even blood relatives, as of Satan and to be avoided at all costs.”  Cults In Our Midst p. 88

Let’s read some quotes by Joo Cheol Kim from My Sheep Listen To My Voice:

“Satan always leads our souls against God.  He insists on doctrines against the Bible, and shows off man’s heredity and secular power and tradition, instead of the words of God.  For this reason, sincere Christians who follow the word of God are sometimes treated as an abnormal group.”  My Sheep Listen To My Voice p. 13

“Now, we need to scrutinize various types of vicious and false rumors which Satan spreads to hinder us from keeping the Sabbath…“  My Sheep Listen To My Voice p. 43

“Satan has deceived all people around the world into misunderstanding Christmas as the birthday of Jesus, so they have come to serve him unknowingly… Christmas is a subtle scheme, which Satan has devised to destroy our souls by turning us away from the way that God has commanded us to follow… Satan prowls around like a roaring lion looking for someone to devour.”  My Sheep Listen To My Voice p. 89

“In spite of such reports, many people do not discern whether they are worshiping God or the sun god, because they have been deceived by Satan and have become spiritually deaf and blind.”  My Sheep Listen To My Voice p. 95

Again, I’m not saying that the devil doesn’t exist, or that churches shouldn’t talk about him at some point.  What I’m saying is that if you start believing everything in the above statements by Joo Cheol Kim, that you might actually begin to feel a sense of paranoia.  Look at how he writes that “Satan has deceived all people around the world”, and how those who worship on Sunday have been deceived by Satan.  The focus on the devil is disproportionate to the focus on other topics, and everyone who is outside the group seems to be lumped into the category of having been duped by the devil.  This is quite a sweeping generalization.

When I was a member, I remember being told that Satan was constantly working to take me away from “the truth”.  Concerning paranoia, expert Steven Hassan writes, “Cults instill fear to bind members to the group, to such an extent that members may become paranoid or phobic.”  Releasing the Bonds:  Empowering People To Think For Themselves p. 53

We Are Right; They Are Wrong

When I was a member of the WMSCOG, I was taught that the WMSCOG was the only true church and that no other path, outside of being a member of their organization, led to salvation.  They attempted to convince me of this by claiming that every other religion was wrong and that everyone outside of the WMSCOG was being used by Satan to destroy my faith.  There was no in-between.  I felt influenced to avoid any unnecessary contact with those that were not “in the truth”.  Margaret Singer describes a similar phenomenon:

“An us-versus-them orientation is promoted by the all-or-nothing belief system of the group:  we are right; they (outsiders, nonmembers) are wrong, evil, unenlightened and so forth.”  Cults In Our Midst p. 71

Here are some of Joo Cheol Kim’s statements that demonstrate the us vs them mentality in WMSCOG literature:

“We cannot yoke together with those who don’t realize the truth.  If we think and act as they do, how can we say that we are the people of the truth?  Those who are enlightened must act like the enlightened…The enlightened should remain firm in faith like a rock that does not waver in any situation, just as Jesus is the Rock.  If one abandons the truth because of persecution and chooses to follow false teachings, he cannot be said to have faith.”  My Sheep Listen To My Voice p. 45-47

“Although this generation substitutes lies for truth, we must restore truth.”  My Sheep Listen To My Voice p. 89

“If they belong to a different gospel, they must be falsehood and whoever preaches it will be condemned and end up in the fire of hell.  We should correctly recognize the lies of Satan.”  My Sheep Listen To My Voice p. 209

The arrogance in the above passages can not be ignored.  Robert J. Lifton sums it up well when he writes:

“Are not men presumptuous to appoint themselves the dispensers of human existence?  Surely this is a flagrant expression of what the greek call hubris, of arrogant man making himself God.  Yet one underlying assumption makes this arrogance mandatory:  the conviction that there is one path to true existence, just one valid mode of being, and that all others are perforce invalid and false.”  Thought Reform and the Psychology of Totalism p. 434

Only Those That Are With Us Will Be Saved

When I was a member of the WMSCOG, I was taught that only members of their church would be protected from disasters and enter the kingdom of heaven.  In other words, the only way to be saved was to follow the WMSCOG’s rigid list of requirements (extensive Bible study, recruitment, tithes, labor which they call “blessings”, etc).  The only alternative was hell.  This may sound extreme, but when everything outside the church is considered “of Satan”, that really leaves one with no where to turn.   I think you will agree that this is the impression given by some of Chief Pastor Joo Cheol Kim’s writings:

“Those who reject it [Saturday Sabbath] will be subject to God’s judgment, and those who falsely teach people that they don’t have to keep the Sabbath will never escape the punishment of hell.”  My Sheep Listen To My Voice p. 25

“Evildoers are those who deny the Sabbath and teach people to keep Sunday by adding it to the word of God.”  My Sheep Listen To My Voice p. 29

“Satan deceives God’s people into forgetting the Sabbath and breaking it; he tempts them to turn away from God’s words, ‘Keep the Sabbath holy,’ and to profane it, so that they will ignore His majesty and eventually become separated from God…If anyone rejects the life giving laws, he commits an act of choosing the way of eternal death and deserves the fires of hell…Satan the devil tempts people to disobey God’s word”  My Sheep Listen To My Voice p. 31

“Now we are fighting a great battle against Satan over the truth…The key to our victory in the spiritual fight is to obey and practice God’s word.  If we don’t, we will lose the battle.  We must win the battle against Satan.  Only after we defeat him, we will be able to receive God’s abundant blessings; as a winner in a war is crowned with the laurel of victory, so we will receive the crown of eternal life when we win the victory over Satan.”  My Sheep Listen To My Voice p. 43

When I was a member of the WMSCOG, if approached with the above information, I would probably have chosen to defend the organization over admitting that there was even the slightest chance of error in their doctrine.  To do the latter would have created a significant amount of turmoil.  To do so would be risking one’s salvation.  Though it may be difficult for current WMSCOG members to accept, it is evident through their own literature, that the WMSCOG encourages a siege mentality within its members (everything outside the church is Satan, everything inside is safe, and everything outside is constantly trying to get those inside the group out).  Once outside of the group’s influence, the benefits of the siege mentality are clearly seen:  members bond together against the common enemy (Satan/everyone outside of the WMSCOG) and followers become more devoted because the group is seen as the protector against evil.

The WMSCOG – What Should You Be Concerned About?