According to the World Health Organization, 264 million people globally suffer from depression. Depression is believed to be caused by a combination of genetic, biological, environmental, and psychological factors. A study published by the Journal of the American Medical Association in 2010, determined that in 2007 the United States national treatment rate for depression was less than 3%. 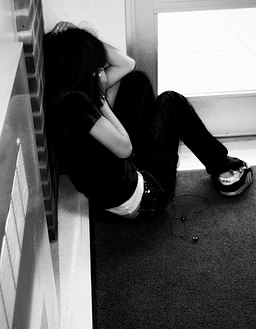 In a sermon titled, “We can do everything in God” presumably authored by WMSCOG pastor Joo Cheol Kim, dated August 18, 2012 (embedded below), he discusses depression among members, but begins with two versions the same infantile story about an “arrogant rabbit” and a “slow turtle” that engage in a race to the finish line. The turtle wins the race in both versions because the rabbit decides to take a nap halfway through. The moral of the more widely known version of this story is, never underestimate the weakest opponent. In the strange “new version,” according to Joo Cheol Kim, the “slow turtle” is bullied by other animals, and the rabbit, while remaining “arrogant,” develops a sense of empathy and purposely allows the turtle to win the race. In an even stranger segue into the topic of depression, Joo Cheol Kim suggests that the moral of this new version is that there is a “story behind the story” in the Bible.

It is not clear what the story about the rabbit and the turtle have to do with depression, but we will come back to this later.

What does the World Mission Society Church of God teach its members about depression?

What makes us complain, grumble and feel depressed is the doubts in our hearts…But if any member still feels depressed, that member does not understand God’s will or the value of the truth, nor do they have the hope for heaven. Now, let us get rid of sorrow and sighing in Zion.

As in any cult group, any feelings of unhappiness experienced by the member (or victim) are never the fault of the organization or leader. Instead, the blame is shifted solely onto the member‘s “doubts,” lack of faith, or other perceived weaknesses. A practice otherwise commonly known as victim-blaming. Clearly the World Mission Society Church of God is aware that some of their members are unhappy. So what is the WMSCOG’s solution to this problem?

What is the solution for depression according to the World Mission Society Church of God?

God has freed Their children from depression here in Zion because we have faith and hope and also share love with each other. If any of you is suffering from depression, preach hard! Then you will get “spiritual serotonin” in your brain, and all the problems will be solved.

According to Joo Cheol Kim, the solution to depression and “all the problems,” is not to seek medical attention or psychotherapy, but instead to recruit more members for the organization. While the “high” induced by the love-bombing a member is likely to receive from the leadership as a result of successful recruitment of more members may provide temporary relief of depressive symptoms, underlying depression will not be cured by this so-called “spiritual serotonin.” Instead, if left untreated members may experience long term effects of depression. Depression not only increases suicide risk, but is a known risk factor for the development of physiological conditions such as coronary artery disease, diabetes and uncontrolled hypertension (high blood pressure).

People suffer from depression when they lack “serotonin” which is thought to be a contributor to feelings of happiness.

While serotonin may be the neurotransmitter most commonly associated with depression, serotonin is only one of numerous neurotransmitters, such as norepinephrine and dopamine, that may be “lacking” in someone suffering from depression. You would think that “god,” and “creator of all things” including the neurological system, would have informed Joo Cheol Kim of this fact.

Recently, depression has been a national problem. It is said that among the OECD countries, the country, where the percentage of people who suffer from depression is the highest, is South Korea.

The suicide rates reported by the Organization for Economic Co-operation and Development (OECD) in 2012 demonstrate that Lithuania had a higher suicide rate than South Korea in 2012. Surely the all-knowing “god” would not have to wait for a worldly organization such as the OECD to compile their data in order for the information communicated to members in the sermon to be accurate.

But what about the Rabbit and the Turtle?

Let’s not forget the defeat of the rabbit who was happy to sacrifice himself for his friend, and let us also sacrifice ourselves for our brothers and sisters, and our Father and Mother with that kind of faith…Like the 2012 version of the Rabbit and the Turtle, if you look at negative things with a positive point of view, you will be able to find a beautiful story behind them. If you believe God’s prophecies and promise and try to find the deep will of God, anybody can find joy and gladness.

After reading the above statement by Joo Cheol Kim, it becomes clear that the WMSCOG’s expectation is that the member sacrifice him or herself so that the organization “wins the race.” To do so is a demonstration of “that kind of faith” that requires the member to essentially ignore their own emotions.

In addition, Joo Cheol Kim provides yet another example of blame shifting. The statement above clearly implies that if a member is unhappy, he or she has failed to view their depression or “negative things” with a “positive point of view.” Therefore, by this twisted logic, if a member experiences depression, they have brought it onto themselves as a result of their own failing to follow the cult leadership’s instructions and demands.

Why is this important?

In essence, membership within a totalistic, controlling, coercive group such as the WMSCOG, creates the perfect storm for members who are experiencing feelings of depression. Lack of sleep, stress, adverse life events, such as unemployment, loss of a loved one, break up or divorce, illness or psychological trauma are just some of the contributing factors to depression. The World Mission Society has a long history of divisiveness among families, marriages, friendships and other types of interpersonal relationships. Members have reported sleep deprivation, stress and loss of employment due to the cult’s extreme demand for their time and energy. And yet the World Mission Society Church of God, amidst the internal chaos created by their own teachings, and in a blatant show of hypocrisy, urges members to “be joyful always.”

Is The World Mission Society Church Of God Racist?

When “Mother God” Calls Diane Sims & Another WMSCOG Member Who Was…