Update 2020:  It turns out that the WMSCOG deleted three entire chapters from the original version of Ahn Sahng Hong’s book and it turns out that he believed the world would end in 1988.

This article is dedicated to a man whose wife doesn’t live with him because of disagreements over WMSCOG involvement.  May she come home soon.

“The Mystery of God and the Spring of the Water of Life,” or better known as “The Green Book”, is a book read in the WMSCOG written by Ahn Sahng Hong, a man they incorrectly claim to be the Second Coming of Jesus Christ.  Since Ahn Sahng Hong is their false god, this book effectively serves as an addendum to Holy Scripture, much like the Book of Mormon.

What is clear is that Ahn Sahng Hong predicted the end of the world within 40 years in his 1967 writing.  This is a 1993 edition of the 1967 book according to the publisher’s information.  Ahn Sahng Hong, apparently writing in 1967, even explicitly states that he believes Matthew 24:31-34 refers to the “last one generation”: 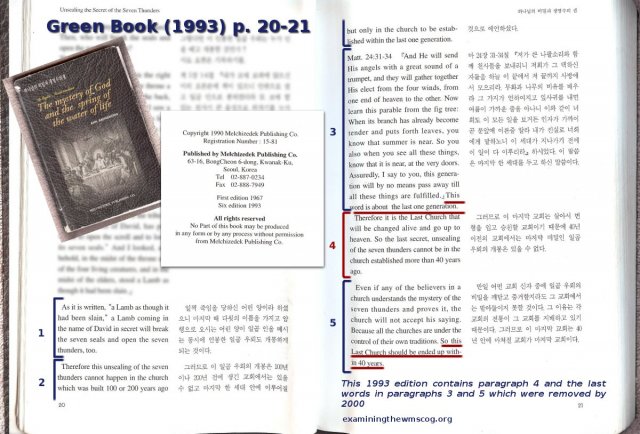 However, in a copy of the Green Book from 2000 we find Ahn Sahng Hong’s predictions about the end of the world have been removed: 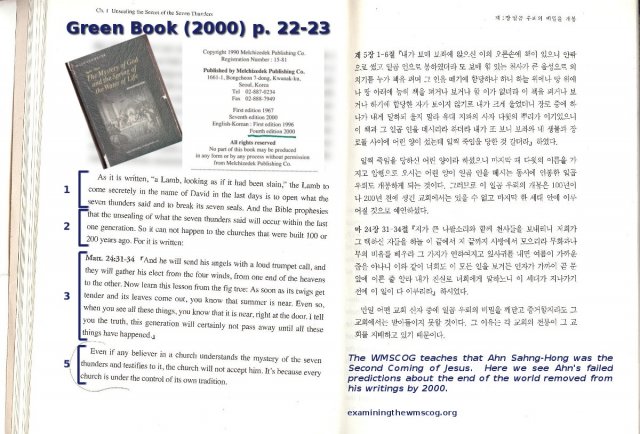 It’s interesting to note the parts of the book which were removed were the ones that did not come true.

The world did not end within 40 years of Ahn Sahng Hong’s prophecy, and those prophecies subsequently disappeared from his writings in the Green Book read in the WMSCOG.

Here are the books side by side for comparison, or you can jump to a high-resolution version here (473 KB) 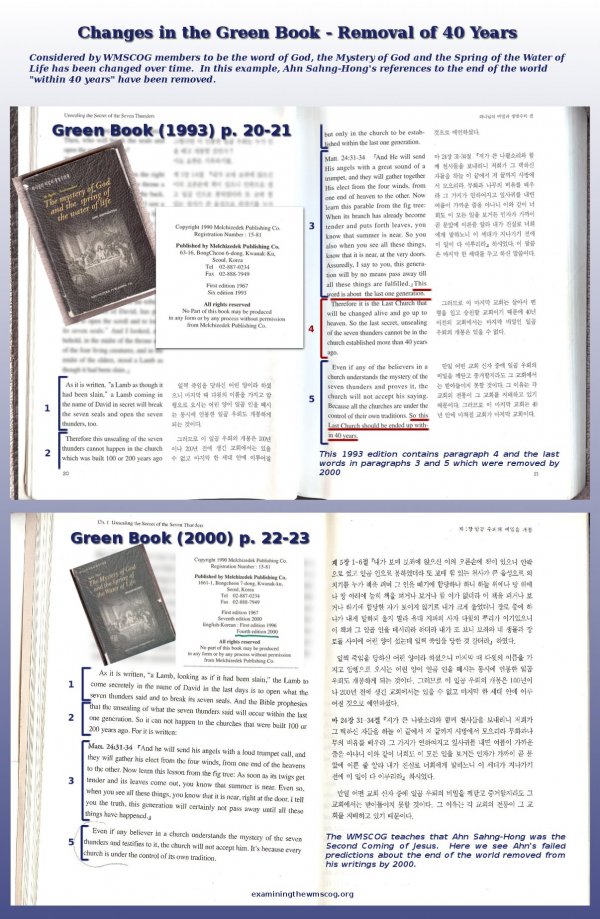 Related Posts In This Series

Changes in the Green Book – Part 1 – Removal of…