“You Cannot Use Your Own Mind To Interpret The Bible” 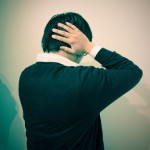 “Members who are convinced that their intellects are evil or all their human perspectives self-centered are forced to rely more on the group’s guidance, because they cannot trust their own thoughts.  Accepting this belief leads members to accept the group’s views to a much greater degree.  If members cannot trust their own thoughts, then in good conscience they must reject what they are thinking.  You can see that this is a clever move because members are more likely to give up their personal convictions, leaving them empty and vulnerable to the group’s and leader’s ideas without it being ‘forced on them'”.  (p. 120-121)

What Does Joo Cheol Kim Say?

Joo Cheol Kim, WMSCOG’s general pastor, makes it clear in his book titled “My Sheep Listen to My Voice” (1990) that using your own mind apparently has pitfalls:

“The standard of discerning truth from falsehood is only God and the Bible, not the opinions of men.”  (p. 49)

“Satan blinds the minds of people so that they cannot distinguish the truth from falsehood, and leads them to neglect the holy commandments of God.  Satan gives them a spirit of stupor, so that they cannot know how to worship no other gods other than the true God–how to observe the first commandment.”  (p. 169)

The above statements have the potential not only to manipulate members into relinquishing common sense and critical thinking, but also serve the purpose of distinguishing WMSCOG members from those that do not accept the WMSCOG doctrine by labeling outsiders as “self-centered”, opinionated, false, blinded and given a “spirit of stupor” by Satan.  Acceptance and belief of the above statements by members designates the WMSCOG as the ultimate authority for the interpretation of the Bible.

Do Other Controversial Groups Make the Same Claim?

Jehovah’s Witnesses consider themselves to be the “infallible interpreters of the Bible” (Watchtower 1930 vol. 2, p.8) and even have their own Bible interpretation called the New World Translation.  Do they similarly advise their members not to “use their own thoughts” when reading the Bible?

“First, since “oneness” is to be observed, a mature Christian must be in unity and full harmony with fellow believers as far as faith and knowledge are concerned. He does not advocate or insist on personal opinions or harbor private ideas when it comes to Bible understanding.“ Watchtower 2001 Aug 1 p.14

“From time to time, there have arisen from among the ranks of Jehovah’s people those, who, like the original Satan, have adopted an independent, faultfinding attitude…They say that it is sufficient to read the Bible exclusively, either alone or in small groups at home. But, strangely, through such ‘Bible reading,’ they have reverted right back to the apostate doctrines that commentaries by Christendom’s clergy were teaching …” Watchtower  1981 Aug 15 p.29

The Jehovah’s Witnesses label those that dismiss their doctrine as apostates, opinionated, having private ideas, independent, and faultfinding.  It seems that a member of the Jehovah’s Witness doctrine, may also feel compelled to reject their own thoughts and leave it up to the organization to interpret the Scriptures for them.  Is this any different from what Joo Cheol Kim teaches with his statements?

The Trinity Foundation, lead by Ole Anthony, is another controversial religious group.  Ole Anthony has made statements similar to those made by the Joo Cheol Kim and the Watchtower Society.

“The biggest lie of modern Christianity is the idea of spiritual growth. Any effort on our part to become more like Christ is utter sin – for it is self-effort and God abhors the self. Trying to be a good Christian (reading your Bible, praying more, etc.) by your own self-efforts is pure vanity.”

“I don’t care about your silly schools of thought derived by man. I’m about real truth.”

Ole Anthony labels the thoughts of outsiders of his organization as vain, sinful, silly lies.

According to Lifton’s thought reform model, when a destructive mind control group is successful in convincing members that their own thoughts are bad, evil, or sinful, members are left with no other option but to depend on the group to make all of the decisions for them.  This includes Scriptural interpretation and guidance.  Members may then be vulnerable and easily mislead. Members can become like putty in the leader’s hands.

If you are a WMSCOG member reading this article, ask yourself why the WMSCOG would need to employ tactics that other controversial groups use, to convince you of the truth?

The WMSCOG – What Should You Be Concerned About?