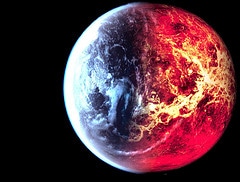 The WMSCOG has predicted the end of the world incorrectly at least three times, and 2012 will be next.

Even though the WMSCOG predicted the end of the world in 2012, and numerous members have said so (see pictures to the right), some members are claiming to have never said it.

Failed predictions are the sign of a false prophet.  See Deuteronomy 18:21-22:

21 You may say to yourselves, “How can we know when a message has not been spoken by the LORD?” 22 If what a prophet proclaims in the name of the LORD does not take place or come true, that is a message the LORD has not spoken. That prophet has spoken presumptuously, so do not be alarmed.  Deuteronomy 18:21-22

The judgement in the case of Church of God World Gospel Association vs. Ji Won Tak also proves that the WMSCOG predicted the end in 1988 and 1999.

Some members of the WMSCOG have gone so far as to tell me that the failed 1988 prediction was a “prophesy”.  Alright, I’m sure members will find some way to dismiss one or more failed predictions, but you ca not dismiss all three failed predictions.  Were all three end of the world claims that didn’t come true “prophecy”?

Is the WMSCOG Different From Other Controversial Groups?

The WMSCOG is not the only controversial religious group that has a history of failed predictions.  The Watch Tower Society, or Jehovah’s Witnesses, falsely predicted the end of the world in 1914, 1918, 1925 and 1975.  It is a well-documented fact that the Watch Tower Society subsequently altered their doctrine and deleted the predicted dates from their literature.  William Miller, pioneer of the Adventist movement, also falsely predicted that Jesus would return in 1844.  This caused three divisions in the Millerite movement; each with three separate explanations for the Great Disappointment of 1844.  The third group explained the failed prediction away by claiming that the cleansing of the sanctuary that was predicted to happen on earth in 1844, actually “took place in heaven”.  More recently, Harold Camping falsely predicted that the rapture would occur on May 21, 2011 and when his prediction failed to materialize, he revised his prediction and claimed that what had occurred was a “spiritual” rapture and that the “physical” rapture would happen on October 21, 2011.  News 24 reported a decrease in the number of Camping’s followers following the failed prediction in May of 2011.  We all know that his second prediction did not occur either.

The WMSCOG seems to already be doing some damage control in advance of 2012.  In 2010, it was stated on one of their many members’ Internet blogs in an article titled “Heavenly Mother Jerusalem and 2012” that:

“Nowadays there are many rumors about Doomsday in 2012…The Bride is the Heavenly Jerusalem (Rev 21:9) who is our Mother (Gal 4:26). Whether God destroys the earth or not in the year 2012 that’s irrelevant to those who receive Mother because they will live in eternity enjoying the blessing of eternal life.”

Rumors?  It appears to be documented by Church of God World Gospel Association vs. Ji Won Tak.

Bringing You The Information

The great thing about this site (www.examiningthewmscog.com) is that we get you the information directly from South Korea, and put it into English for you to read.  If there was less of a  language barrier you would know much more about this group and their history.  For instance, you would have known about:

In fact, if you could read Korean, you would know that Ahnsahnhong’s own son isn’t even a member of the WMSCOG.   Unfortunately, the WMSCOG has incorrectly predicted the end of the world at least twice now.  Remember what Deuteronomy 18:21-22 says:

21 You may say to yourselves, “How can we know when a message has not been spoken by the LORD?” 22 If what a prophet proclaims in the name of the LORD does not take place or come true, that is a message the LORD has not spoken. That prophet has spoken presumptuously, so do not be alarmed.  Deuteronomy 18:21-22

Now that you have this information, I pray it will help you to find the truth.

Ahn Sahng Hong Vs. The WMSCOG