Who Does Eve Represent According To Ahnsahnghong? “Visitors From The Angelic World” 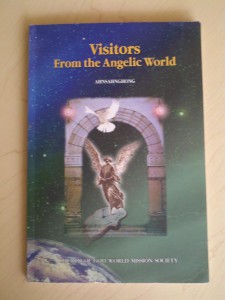 The World Mission Society Church of God teaches that Eve is representative of their “mother god” or Zhang Gil Jah despite what their founder Ahnsahnghong documented in his books.  As discussed in the article titled, “Who Does Ahnsahnghong Believe Is The Bride?”, Ahnsahnghong’s own writings prove that he believed that the bride represents the church.  In Chapter 13 (The First Adam and The Last Adam) of “Visitors Of The Angelic World”,Ahnsahnghong authors many clues as to whom he believed represents the last Eve.  On page 49 Ahnsahnghong quotes the apostle Paul as stating:

“But I am afraid that just as Eve was deceived by the serpent’s cunning, your minds may somehow be led astray from your sincere and pure devotion to Christ” 2 Corinthians 11:3

and then quotes John as stating:

“The great dragon was hurled down—that ancient serpent called the devil, or Satan, who leads the whole world astray…” Revelation 12:9

After quoting the above verses, Ahnsahnghong concludes on p. 50 that “Eve represents the angels whom Jesus loved”.

On p. 55 Ahnsahnghong writes, “the saints who are redeemed can be called the last Eve”.

Prayer List for the Prayer Week of the Day of Atonement

“Whenever A Woman Makes Assertions In The Church, The Church Will Fall Under…