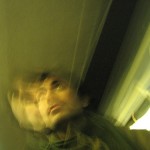 Many families have contacted this site to report how they have lost almost all contact with their loved ones since they became involved with the World Mission Society Church of God (WMSCOG).  Most are in complete disbelief over the changes they have seen in their family members over such a short period of time, usually less than three months.  In this series of articles I will examine the Twenty Steps of Indoctrination in Destructive Cults found in the book titled “Coercion:  Why We Listen to What ‘They’ Say“ by Douglas Rushkoff.  Rushkoff describes religious cults as powerful pyramid schemes.  I will examine each of the twenty steps and draw from my own experience as a former member and as someone who has lost a loved one, and compare these to my experience in the WMSCOG.  Each of Rushkoff’s steps will be listed in italics with my comments below.  Your experience may be different from mine.

Every cult has a stated, vague and metaphorical goal.  Because this goal must serve as the “illuminated eye” of the pyramid, it cannot be attainable.  Rather, it is expressed as an abstract idea – like “salvation” – which the cult members will enjoy once they have made it to the top of the pyramid.

For the WMSCOG, the stated goal is to be one of the 144,000 that are instantly changed and enter the kingdom of heaven where they will become kings with their own planets.  Because the WMSCOG teaches a works based doctrine, filled with certain prescribed ceremonial observances, members never really know if they are saved.  WMSCOG members also believe that they will be made “perfect” while here on earth.  This goal will always be unattainable since we are all humans and flawed by nature.

All cults – whether spiritual or mundane – have a charismatic figurehead. The leader must be someone whose speech, manner and energy exert inexplicable influence. In religious cults, the leader attains his divine status in one of two ways. The first is by claiming to be the hand-picked successor to the last guru. The second is by claiming to embody an entirely new spiritual force – either to have been born sacred or to have suffered an “awakening” trauma or a sudden “new breeze” of insight.

The WMSCOG’s main charismatic leader is Zahng Gil Jah, a South Korean woman whom they claim is the female god incarnate.  For WMSCOG members, people can not be saved without believing in and worshiping their “mother god”.  Ahn Sahng Hong, the founder of the WMSCOG, is also seen as a charismatic leader despite his death in 1985.  Even the WMSCOG pastors are seen as charismatic leaders and are treated like celebrities due to their highest position on the “pyramid” below the unattainable “eye” discussed above.

Most cults have a sacred text or doctrine. Often a cult will adopt an established text, like the Bible or the Koran. Others use a spontaneously revealed doctrine. These are usually “channeled” or transcribed.

The WMSCOG’s sacred doctrine consists of the Holy Bible (NIV used most often), books written by Ahn Sahng Hong (Visitors From The Angelic World, The Mystery And The Spring Of The Water Of Life, etc.), and books written by Joo Cheol Kim (Boast About God, etc.).  The doctrine, rules, and regulations are presented as perfect, absolute, air-tight, and unquestionable.

New members must learn of the cult as if by grace. If the members believe they came to the cult through conscious or rational process, then they are in a position to take responsibility and credit for their participation. Cults try to avoid this perception because members should be separated from their sense of willpower in order to be fully indoctrinated.

I remember being told that God sent an angel to call me to “them”.  Therefore, the person who recruited me into the group is the angel that God sent.  When I was in the WMSCOG, recruiters, or “gospel workers” as the WMSCOG prefers to call them, thrived on the converts stories of such a divine coincidental discovery.